We delivered an advanced searching and filtering method, livechat, integration with Facebook, Google Maps and other Google applications. We also provided integration with Imagga, the content verification API, to automatically reject offers containing sensible content. To put it simply, it’s an Uber-like solution for small gigs in your neighbourhood, where you can connect with people who offer and need help.

It has been established that every year more and more U.S. citizens become a part of the gig economy based on flexible, temporary, and usually freelance jobs connecting people through an online platform.

It’s a significant nod towards a new lifestyle adaptable to the workers’, consumers’, and businesses’ needs and demands.

Our client wanted to participate in this substantial alteration and develop a simple, hi-tech solution for people who’d like to take what’s best from the share economy.

We were fully onboard with our technological knowledge and experience in various branches and undertook the challenge of creating a usable and appealing app for all the gig lovers.

The app’s main task is to provide its users with an online space in which they can share the jobs they aren’t able to do or simply don’t have time to complete, or offer help with somebody else’s chores. It works locally, so people can scroll or add jobs in their neighbourhood.

If a user wants to earn some money, it’s super easy to start. First they just need to select the jobs they’re interested in, contact the offer giver, and seal the deal. After the chore is done, they earn a predefined amount of money.

If, on the other hand, a user needs someone for the rescue in times of need, it’s just a matter of posting a picture of a gig, describing it, and publishing the offer for a quick response.

The most appealing and functional features of the app are:

Initially, we created a web portal based on the existing application.

We improved the app’s flow, eliminated its errors, and added new features. The portal was responsive and worked flawlessly on smartphones, tablets, and desktops.

What’s new, we created a business profile for users and a division of offers into the searched and posted ones. We uprated the search engine, results filtering, adding offers, inner chat, rating system, and account management.

Next step was to rebuild the mobile application so it could accurately correspond with the web portal’s features and possibilities. Thanks to the functional and visual alterations, the current version of the app covers all the essential areas of a web portal.

First off, it’s worth mentioning that our Wage’s Behance presentation won a Feature in Adobe XD and Interaction categories.

We had an opportunity to create two design versions. Initial working process involved preparing a simple and visually pleasant logo – a bit playful to make the app more accessible. We established a geometrical font (Montserrat) and a set of three color versions for the client’s choice (red, yellow, blue). We came up with an idea of tiles, too.

About a year later, the project’s redesign was based on the assumptions from the first version, including enhancements such as: systematizing the views, making use of horizontal and vertical grids, creating a base of reused components, and imparting it all with a new visual value.

In the course of time, the functionality of choosing the most appropriate color from the three available turned out to be dispensable, so we gave it up in the second version of the design. We simplified the logo and built a new set of icons, adopting a primary color – vibrant violet – and establishing a secondary one – turquoise. The designs were adjusted for web, mobile, and tablet scale.

Compared to the initial project which involved patterns based on logo and graphical element multiplication, the second one is more serious and business-like, but still simple and fun.

The client wanted to provide the app with a simple yet safe solution allowing a problem-free contact among users posting or accepting offers.

We came up with an idea to connect the app with a livechat function to let the users communicate with each other easily, without having to disclose their personal information, such as name, phone number or email address. We made sure that all the connections are authentic and prevented the chat from getting spammed.

We prepared custom geolocalization integrated with Google Maps which displays the nearest jobs in a user’s neighbourhood.

If a person zooms the map out, all the conterminous tasks congregate together.

What’s more, we made it possible to narrow down the search results using filters based on the distance from a current location. All these options notably simplify the process of searching for a desired task in a preferable location.

Testing was based on the Wage’s user stories and performed on mobile, iOS and Android, as well as web applications.

iteo offered creativity and strong project management. They delivered each phase of the project on time and within budget. 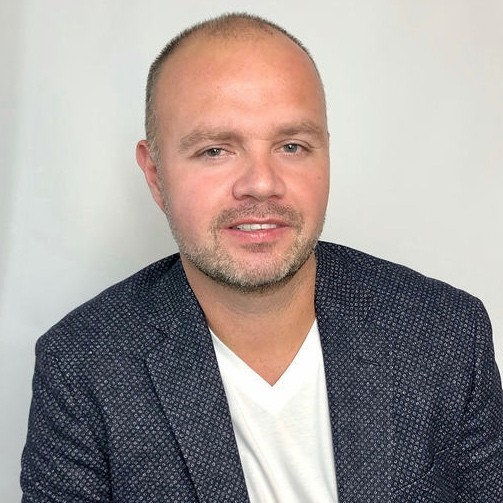 The app came out as a great solution for people who:

And who represents the Wage app community?

Reinventing logistics with a contact-free delivery.

Mobile & web app trending as no. 1 in the US App Store Lifestyle category.